GELOMBUNK is a night featuring Riduan Zalani’s latest work and debut album. Joining him is a stellar line up of musicians who all aim to create works that inspire a renewed interest in the sounds of the Malay Archipelago today.

After producing four albums with Orkestar Trio and Nadi Singapura, Zalani was compelled to write music for the rebana (drum). Gelombunk highlights the drum in the traditional ensemble and utilises various sounds, styles and techniques incorporated in his performances. The composition is dedicated to pushing the dynamic range, the versatility and the role of the rebana as well as the musician 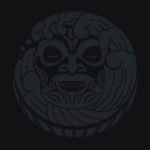